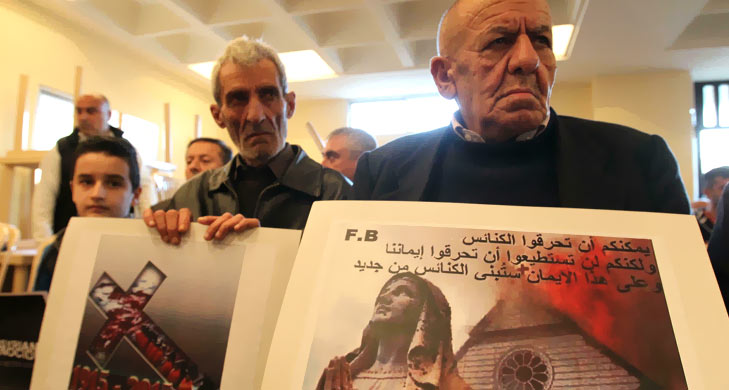 Assyrians are an ethnic group that claim to be the descendants of Assyria, one of the world’s oldest civilizations. They are indigenous to the Middle East and some identify themselves as Syriacs, Arameans, or Chaldeans. Assyrians adhere to the East and West Syriac liturgical Christian rites.

Most recently, many Assyrians have been displaced from their homeland as a result of ethnic and religious persecutions. This happened due to the Iraq War and the Syrian Civil War. Here are some lesser-known facts about Assyrian Christians:

1. They had a glorious past

In the ancient Middle East, the Assyrian Empire was a major power. Their history can be traced back to the formation of the city of Assur during the 25th century BC. Today, the Assyrians have been reduced to an ethnic minority group and are predominantly Christian.

Most of the 2-4 million Assyrians in the world live around their traditional homeland. It comprises parts of Syria, northern Iraq, Iran, and Turkey. Many have fled to the neighbouring countries in recent times to escape persecution from Shiite and Sunni militants. The Assyrian diaspora has its members spread all over the world. There are about 100,000 Assyrians living in the United States of America.

3. Syriac is one of their major languages

The three main Assyrian churches have their official language as Syriac. It is a dialect of the Aramaic language, which is believed to have been spoken by Jesus Christ. Many of the Assyrians speak the Aramaic dialects. Today, they often speak the local languages of the regions where they reside.

These include attacks on Assyrian churches. Some believe that nearly 60% of Iraqi Assyrians have fled the country when the Iraq war began.

The Islamic State of Iraq and Syria (ISIS) captured Mosul, a major city of Iraq in 2014. Many of the Assyrians living in Northern Iraq fled owing to fears of persecution. ISIS had demanded that the Christians living under its control must take down their crosses and pay ‘jizya’. It is a tax levied on religious minorities by an Islamic state.

Those who didn’t pay the jizya had to face a choice between exile and death. Around that time, ISIS had attacked the Assyrian villages and killed or imprisoned hundreds.

The Assyrian leaders appealed to international organizations and Western governments to intervene against the militant group. These leaders also requested aid for the Assyrian refugees.

7. Calls for the creation of an autonomous region

The Assyrian groups have renewed their calls for the creation of an Assyrian autonomous region. It lies in the Nineveh Plains of Northern Iraq, which has traditionally been an Assyrian stronghold.