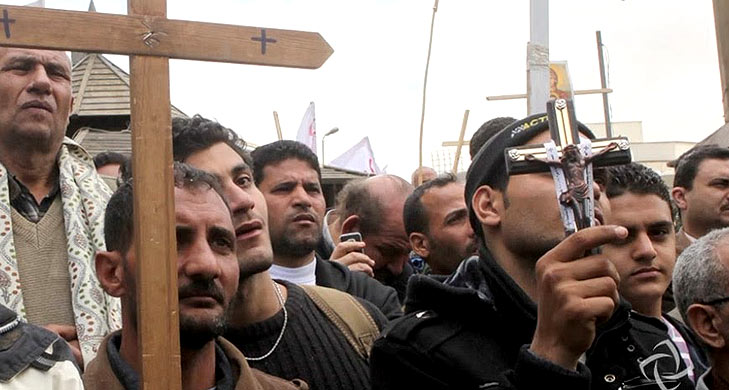 There are nations across the world that are the worst for Christians. Among them are those with a long history of Christian persecutions. In some countries, technology is used to keep a watch on Christians and the activities of their church.

As a result, the followers of Jesus Christ have to live under constant surveillance. Traditionally, most of the countries in the Middle East have been known for violence against Christians. However, the people of the Christian faith living in sub-Saharan Africa have been under threat from violent ethnic groups.

Such incidents are common in regions with weak or non-existent government controls. Some of the Asian countries are also among the places where Christian believers have been persecuted. Listed below are the countries that are well-known for their persecution of Christians:

North Korea is known for its religious persecution of Christians and has been for quite a long time. Although it presents itself as a communist nation, the Democratic People’s Republic of Korea encourages Kim worship. The leader of the ruling Kim dynasty is considered divine and must be worshipped by the citizens.

People with religious beliefs are viewed as a threat. If any such individuals or groups are identified, they’re sent to labour camps. There have been cases where Christians were either killed or deported to labour camps as political criminals.

Even after two decades of support from the United States of America, this country is unsafe for Christians. It is constantly threatened by the militants and the Taliban controls most of the areas. Additionally, there have been reports of an ISIS-affiliated group targeting Christians at certain places.

This African country has been plagued by tribalism, civil war, and violent militancy. Conversion is seen as a betrayal of the Somali clan and family. The militants often target the converts and the Christian population has been subject to extreme violence.

Libyan Christians with a background of the Muslim faith often face intense pressure to renounce their religion. As a result, they have been living under threat for several years. The lack of a central authority for maintaining law and order has been a major contributor to this problem. This has created extreme pressure in national as well as church life for Christians.

Pakistan is known worldwide as an inhospitable place for Christians and other religious minorities. It was used as a safe haven by the dreaded terrorist, Osama bin Laden. The country is used as a hub for terrorism-related activities by militants and extremists.

These people also target Christians and Christian churches. The extremists specifically target churches that are involved in evangelism. Anti-blasphemy laws are often applied against the Christian minorities. As a result, they find it difficult to live out their faith in public.

A north-eastern African country, Eritrea is often referred to as the North Korea of Africa. It has a nearly equal population of Muslims and Christians. Every citizen suffers under the totalitarian regime of the country. Hundreds of Christians who were members of unregistered churches were sent to prison. Some of them have been living in captivity for more than a decade.